Into the Dangerous World Blog Tour

“Come on,” I poked him, “you can’t fall asleep now! This is important!” That was one of our more common arguments. JM, the artist for our novel Into the Dangerous World, who also happens to share my bed, was drifting off right in the middle of my sentence. It was one in the morning, and he got up at five. That meant he’d been up for 20 hours, working his full time job, and drawing the book during his off hours. We had a young daughter, who we had to work around. Finding time to create this novel wasn’t proving to be so easy.

“What, what?” His eyelids shot open for a minute. “Yes, yes, I see,” he muttered.
People who work at home often complain that their job time blurs with their off time. If that was true, our life was a total smear.
“Look, this is due tomorrow, you have to finish!” I held his pencil up, forced him to look at the drawing.

But he was already asleep. I had to let it go. The truth was, I had to get ahold of my own panic. It was my anxiety that made me think this mountain was impossible to climb. That’s what I thought each time I faced the task of writing a novel. “I’ll never in a million years be able to do this.” My panic was twice as bad with JM involved.

I turned off the light. Four hours later, my husband got up, went to his studio, and came home before I was even awake, the drawing completed. Crisis averted.

Since there are 130 drawings in this book, it didn’t always go that way. Sometimes, it was the opposite: Him poking at me for answers. “Well, if you don’t think Trey looks like that, what does he look like?” he’d say.

“I don’t know. He’s handsome, he’s hot, she falls for him immediately.” I could tell by the way JM’s face was wrinkled in a frown that he wasn’t seeing it. My general statements just weren’t serving him.

“What you think is cute and what I think is sexy are obviously not be the same thing,” he informed me as he looked back at his drawing.

“Fine, here,” I said, opening up my computer. I typed in “hot black guys” and scrolled through until I found a picture I liked. We used the internet a lot this way, to find examples, and as a way to communicate with one another. Each drawing was a back and forth, just as the text had been, a compromise that landed us further than either of us could go alone. That was the great part of the collaboration.

It was hard for me. My need to control serves me as a lone novelist – it is my world that I am creating, at least until my beta readers and editor get to it. That total control doesn’t work in a marriage or partnership. Letting go of my own opinions long enough to listen to his complaints or point of view, and releasing the worries at least long enough to get a good night’s sleep, helped me be a better partner, in work and play.

Now that the book is finished, I’m grateful to JM for all he did and continues to do for this book. Without his artistic background, I don’t think it would have been made at all. Just the thought of that makes me open my heart, surrender control, and dive back in.

Into The Dangerous World By: Julie Chibbaro Artwork By: JM Superville Sovak Release Date: August 18, 2015 Publisher: Viking/Penguin Pages: 352
Ror lives to draw—to her, it’s like breathing; it’s how she understands life. Raised on a Staten Island commune, she’s never attended a day of school, and knows little of the outside world. When her paranoid father burns down the commune with himself inside, Ror, her mother, and sister end up in a homeless residence in Manhattan. There, she runs into trouble—and love—with Trey, the leader of Noise Ink, a graffiti crew.  On the city’s streets, and in its museums and galleries, Ror finds herself pulled in different directions. Her father wanted her to make classic art. Noise Ink insists she stay within their lines. Her art teacher urges her to go to college. But what does she want? Ror’s soul-searching—expressed in remarkable drawings and sharp-edged prose, set in the gritty Manhattan of 1984—is cinematic in its scope, and its seamless blend of text and art makes Into the Dangerous World a groundbreaking event in young adult fiction.
Amazon | Goodreads | B&N | IndieBound

Julie Chibbaro and Jean-Marc Superville Sovak are the husband and wife duo behind Into the Dangerous World (Viking 2015).
Julie Chibbaro was born into a family of artists, and also married one. She grew up in NYC during the explosion of graffiti art. She has written two historical novels, Redemption, which won the American Book Award, and Deadly, which won the National Jewish Book Award. JM Superville Sovak is half-Trini, half-Czech, half-Canadian. His fourth half is spent making art, for which he earned his M.F.A. from Bard College in NY.
They both live in Beacon, NY.
Website | Julie’s site | JM’s site | Julie Chibbaro | JM Superville Sovak | Twitter | Tumblr

For those of you that purchase a copy of INTO THE DANGEROUS WORLD any time during the official book tour (August 18-September 30) will receive a one of a kind #IntoTheDangerousWorld pack filled with lots of goodies.
(While supplies last)
To qualify you must send proof of purchase to amydelrosso(at)gmail(dot)com.

Want to be part of the tour? Fill out this form.. http://goo.gl/forms/lrNSkPc6m0

Popular posts from this blog 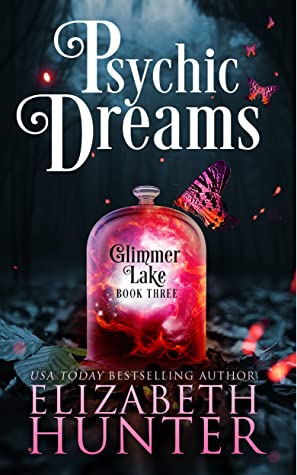 It’s been three years since Monica Velasquez lost the love of her life to a sudden and devastating heart attack. She's held her family together and picked herself up with the love and help of her two best friends. Now the kids have moved out, and Monica has a new business, a new wardrobe, and a new vision for the future. As in, actual psychic visions. Dreams that manifest in reality. Monica still isn’t sure why or how it happened, but she’s been seeing everything from unexpected visitors to visions of fire and destruction. Separating psychic premonitions from morbid imagination is proving harder than she expected, and Monica starts feeling the heat—or is it a hot flash?—when the town’s new fire inspector grows suspicious of her accurate and anonymous tips. Is their town about to feel the burn of a serial arsonist, or can Monica, Robin, and Val figure out the dangerous secret smoldering at the heart of Glimmer Lake? Psychic Dreams is a standalone paranormal women’s fiction novel in
Read more

Review: The Gender Game by Bella Forrest - Violet is such a strong, brave and amazing character! 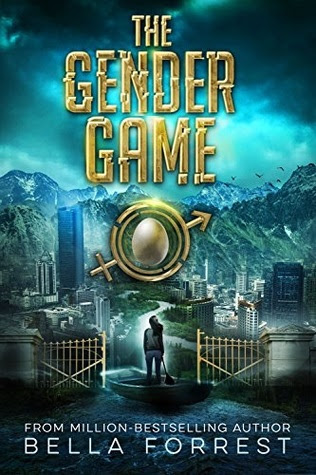 Series: The Gender Game #1 Source: Netgalley Format: ebook Pages: 640 Genre: Upper YA Dystopian + a sprinkle of forbidden romance Rating: 5 Stars Publisher: Self Published Release Date: September 24th 2016 A toxic river divides nineteen-year-old Violet Bates's world by gender. Women rule the East. Men rule the West. Welcome to the lands of Matrus and Patrus. Ever since the death of her mother, Violet's life has been shadowed by bad luck. Already a prisoner to her own nation, after two unfortunate incidents resulting in womanslaughter, now she has been sentenced to death. But one decision could save her life. One decision to enter the kingdom of Patrus, where men rule and women submit. Everything about the patriarchy defies Violet's identity, but she must sacrifice many things if she wishes to survive the forbidden kingdom... including forbidden love. In a world divided by gender, only the strongest survive... My  Thoughts ... Written in the way of  D
Read more

I am thrilled to be hosting a spot on the MIDNIGHT SINS by Kristina Cook writing as Kristi Astor Blog Tour hosted by  Rockstar Book Tours . Check out my post and make sure to enter the giveaway! About The Book: Title:   MIDNIGHT SINS (Celtic Heat Book 2) Author:  Kristina Cook writing as Kristi Astor Pub. Date:  September 22, 2020 Publisher:  Kristina Cook Formats:   eBook Pages:  100 Find it:   Goodreads , Amazon , B&N , iBooks , Kobo , Google Play Books From Nationally bestselling author Kristina Cook (writing as Kristi Astor) comes this erotic historical/paranormal novella set in Edwardian-era England. MADELINE: Imprisoned in a loveless marriage, Lady Briarton yearns for escape with a passionate stranger, but her unearthly lover is not who he claims to be. Can she risk her heart--and her very life--with the beautiful Scot who sets her blood and her body on fire, even as he claims the impossible? SIMON: Forced to roam the earth for more than a century
Read more